As an immediate caveat: I don’t have any children. However I happen to work for two 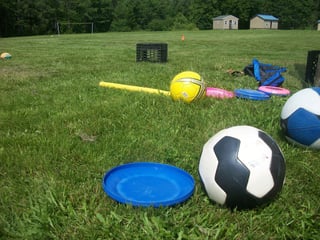 companies who are deeply involved in getting children involved in extra curricular activities. One is a youth sports company that runs leagues ranging from flag football to cheerleading and everything in between. The other is the company that brought you to this lovely blog (SafeSplash swim school). Both companies strive to not only teach a child how to kick a soccer ball or swim but something about life in general as well.

I’m of the opinion that being exposed to failure in certain situations at a young age is good. I happen to be a very competitive person and being on a sports team exposed me to failure in a safe environment. The bottom line is that it really doesn’t matter in the grand scheme of things whether I won the game or not (although 6 year old Ryan would vehemently disagree). Being on a team and losing creates a teachable moment for parents to talk to their child about failure and how to deal with it. As a child, I never dealt with failure well, I remember some serious tears and temper tantrums when I lost games or didn’t perform as well as I wanted. While I hate losing and would much prefer to win; I became a better-adjusted person because I learned how to cope with those losses.

Learning to swim is not and should not be about failing. It should be about having a positive experience of learning a life skill independently from a child’s parents or peers. While parents, instructors, and peers can and should aid in the process it is inherently an individual accomplishment. We can all think of examples of a team built of a couple of great individuals that carry the collective group to success (I have been on such a team where I was carried to glory on the backs of other kids). The great part about swimming is that no one else can do it for you. You can’t fake it either you know how or you don’t. The satisfaction that comes with learning how to do something with the help of the qualified people of SafeSplash is a skill that builds self-confidence and independence. Both of which are traits that every child should have an abundance of. 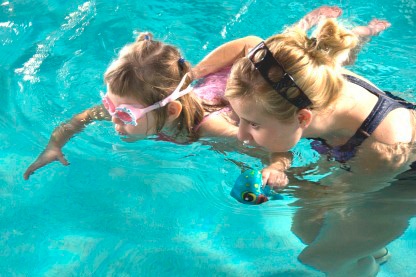 I suppose the point of this post is to point out that parents who are signing their kids up for swim lessons or sports are not only teaching them valuable skills in the pool and on the field; but also setting them up for success later in life wherever that life may lead.

There are no related posts

The Difference Between Pools at the Olympics and Swimtastic Pools

Our First Swimtastic Swim Lesson: Easton and His Swimming Adventures

Ditching the Makeup: A One-Way Street to Confidence

Dads Deserve to be Spoiled on Father's Day Too! 5 Simple Gifts that Dad is Sure to Love.