Defining Your Own Success

“It’s one thing to inspire all these little girls by winning a bunch of medals. That’s easy. But it’s another thing entirely to be an inspiration when things aren’t exactly going your way.”

- Missy Franklin, Relentless Spirit: The Unconventional Raising of a Champion

Few people describe winning a bunch of medals, especially gold medals, as Missy did at the 2012 London Olympics, as “easy.” It’s difficult to win a race at any meet, let alone in the most competitive swim meet in the world. Despite the difficulty and the rarity of winning or setting a record, the swimming world and American culture as a whole glorify winning, setting records, making PR’s, sustaining dominance. A definition of success based on fast times and victories can be seductive but also dangerous to a swimmer’s well-being, as Isabelle Robuck explains in “Defining Success Beyond Fast Times and Medals Just Might Save Your Swimming Career (and Life)”.

Robuck’s article focuses on Franklin’s difficulties after those London Games especially leading up to, and including, the Rio Olympics in 2016. The hard reality is that athletes can work hard, plan for every eventuality, and still fail to reach goals or even previous best times. Friends and teammates seem to cruise to new heights while we stay mired in tired swims.  Stress, distractions, and injuries may play a role, and the swimming world is beginning to recognize that mental illness can derail swimmers as effectively as physical illness.  Even when swimmers stay healthy, fast times and competitive rankings may mysteriously elude us.  Are we then unsuccessful?

For Franklin, the amount of traditional success she achieved as a 17-year-old was a heavy weight. A diagnosis of depression and anxiety just two weeks before the 2016 US Olympic Trials in Omaha revealed to Missy and her family just how much pressure she was under. The outside world knew nothing, and sadly watched Missy struggle, making her way to Rio in three events in which she failed to final. Though Missy is the ultimate teammate, supporting the US team while her personal challenges shook her foundations, she said “the hardest thing I had to do in Rio was climb into my seat in the athlete stands for the finals of the 200 back, an event I’d won in London with a world-record time. An event that was going on without me.” (Robuck)

Friends and fans and media searched for excuses for Missy, blaming difficulties on injuries, training, coaches, pressure. When Missy bravely told the world about her battle for mental health, she joined the ranks of illustrious swimmers like Allison Schmitt, Michael Phelps, and Micah Sumrall, who have revealed their struggles with anxiety and depression. Schmitt said in an interview at the recent 2018 Nationals, “It’s OK to not be OK.” With the open discussion of mental health at Nationals, the swimming world became a leader in our shiny social media culture. 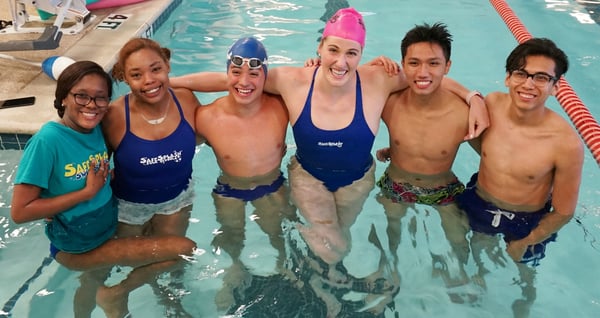 Perhaps a new definition of success would further help swimmers avoid the relentless pressure to win, PR, set a record. Missy has demonstrated resilience and creativity by focusing on her character and values, including “perseverance, character and self-confidence” (Robuck). She has re-defined success around being her best self and doing what makes her happy. Fortunately for the swimming world, that still includes being in the pool.

How do you define success?

Is it doing your work with a smile on your face? Being a contributing part of a community with whom you can share adventures and laughter?  Training thoughtfully and improving technique?  Here are some ways that Streamline Brands leaders define success: 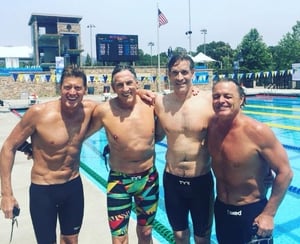 Mike Mann, SwimLabs Cofounder: “Success, what is success? Is success a great relationship, money, a fulfilling job, maybe being a volunteer?  We all measure success in different ways. Setting a goal and reaching it helps you measure your ability to succeed. Finding happiness in achieving the goal can bring success emotionally. You alone determine how successful you can be. Set goals, be kind and help people along the way - then you will be successful.”

Matt Lane, SafeSplash Swim School CoFounder: "I define success in the number of people I can positively impact.  Early in my career I would have defined success primarily on traditional financial measures, but as I have grown in my career I have learned that the most rewarding thing I do is help others learn new skills, build their businesses, build their careers, and/or find personal happiness/joy.  Making a positive impact on the lives of our customers, employees and franchisees is how I measure success." 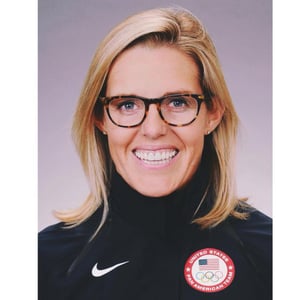 Karin Olmsted, SwimLabs Elite Instructor: “Success is not about the times or the hardware. Success means looking back at your life without regret, with pride in your creations, accomplishments, and legacy. Success comes from getting out of your comfort zone and listening to inner wisdom, then having the courage to act on it. Swimming definitely gives us the power to practice that everyday courage and build confidence. But you don’t have to win or go fast to feel it. Confidence, in or out of the pool, means the willingness to listen to yourself, believe in your instincts, and trust your inner wisdom. That is what propels you forward to success.”

Defining success for yourself can be life-changing. Don’t let society dictate what standards you must meet to be successful; take control into your own hands and work for your own goals. Whether or not they include times or rankings, they should encompass your happiness and well-being.

Top 5 things I learned from the 2018 U.S. Swimming Nationals

At Your Pool Swim Lessons are Now Available in Florida!