Thank you for participating!

You told us why you love to swim and now you're swimming with Missy Franklin! Whether if it's to swim with your friends, participate in a swim meet, or even because swimming makes you feel like a shark, Swimtastic loved learning why you swim! Lots of fellow swimmers posted a picture or video to their local school's Facebook page telling us why they swim and we've picked the school with the most likes and comments and now Olympic Gold Medalist, Missy Franklin is visiting their school! Have you ever played Sharks and Minnows with an Olympic Swimmer?

Our Partnership with Missy Franklin 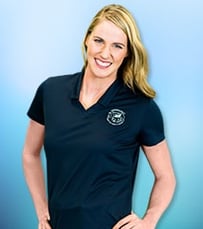 "From the moment I joined the SafeSplash/Swimtastic team, I felt it was a great fit. The commitment we both have to create opportunities for kids to learn to love to swim resonates deeply with me. Swimming has given me a platform to help others feel pride, confidence and personal achievement. My partnership with Swimtastic allows me to do just that and do it on a global scale.”
- Missy Franklin

We at Swimtastic swim schools are honored to be partnered with professional swimmer and Olympic Champion Missy Franklin.  Missy is a member of the ownership group of our parent company Streamline Brands and is deeply involved on an ongoing basis in helping us continue to innovate new ways to teach both basic swimming skills and competitive technique to our students.

Missy has long been an advocate for the power of learning to swim for both children and adults.  In fact, Missy is also a world-wide ambassador for the USA Swimming Foundation and their Make a Splash program which focuses on helping kids get exposed to the joy of swimming and the self confidence and pride that results from learning a life skill.

Raised in SafeSplash's home of Colorado, Missy's love of swimming began in early childhood. She credits her mother with her early start, as she wanted Missy to learn to swim at an early age due to her own personal fear of the water. Missy began infant lessons at six months old. Her parents soon noticed she had a gift for swimming and decided to put her in private lessons at the age of 5.

After much success at the club and high school level throughout her childhood, she went on to achieve success on a much bigger stage. At the young age of 17, Franklin competed in the 2012 Summer Olympics in London, finishing with 5 total medals (four gold and one bronze). She is the current world record holder in the 200-meter backstroke and the 4x100-meter medley relay. Franklin is also the most decorated woman to ever compete at the FINA World Championships with nine career gold medals.  Missy Franklin's success at the 2016 Olympic games in Rio with her gold medal performance in the 4 x 200 freestyle relay makes her a 5-time Olympic gold medalist and we are so proud!